Bright ruby color with purple hue. Nose of spicy red berries, earth, light green notes and just a hint of funkyness. In fact, just enough for that type of wine as it is enjoyable at that level. On the palate the wine is chewy, frsh, juicy and really tasty. The flavors are about the same as on the nose. This is the type of wine that calls sip after sip until the glass (or bottle!) is empty. Very good+ (90)

This wine is made by Jean-Claude Chanudet, named “le Chat” from the Domaine Joseph Chamonard. This wine was made at Château Cambon. Made of Gamayfrom vines planted in 1945. Aged in large old oak barrels. Alcohol level of 13% 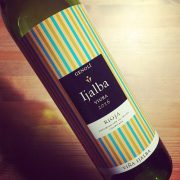 Made of 90% Viura and completed by other varietals. Aged on lees in stainless steel tanks. Alcohol level of 13%

Ijalba is represented in Québec by Charton Hobbs: chartonhobbs.com 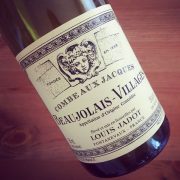 Dark purple color. Nose and palate of mixed wild berries, flowers, spices and earth. The wine really shows the vintage with darker and riper fruit while keeping the acidity and balance. Would pair well with poultry, a richer dish to bring freshness to it or the classic deli plate. Good+ (88)

Made of Gamay from vines mainly located in Lancié, Régnié and Lantigné villages. Alcohol level of 13% 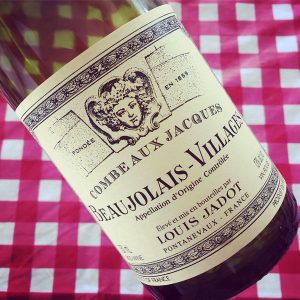 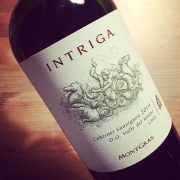 Intriga is owned by MontGras: montgras.cl

MontGras is represented in Québec by VINS FINS l’agence: sdvf.ca 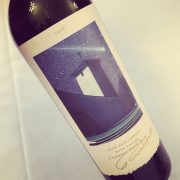 A Great Wine is one that often stands out from the other ones during an evening, an event or a tasting, giving a best showing between all the present wines in being different in a good way. This wine type can also lower the appreciation of the other ones poured at that moment and making them look dull or of low interest, even if drank alone they would’ve tasted much better as they are shadowed by the best ones.

Having attend a recent tasting where many good and qualitative wines were poured, one stood out, and it’s the one I’ll talk about in this week Great Wine suggestion. The others were good, enjoyable and representative of their origin and style.

But the wine I’ll talk about was on point, better than the other ones, with that sparkling qualities, more depth and a charming blend of aromas and flavors. I was also pleased in the way that this particular type of wine is a favorite of mine. Being sold even before I took my first sip, I knew it was going to be a great moment, and it was! 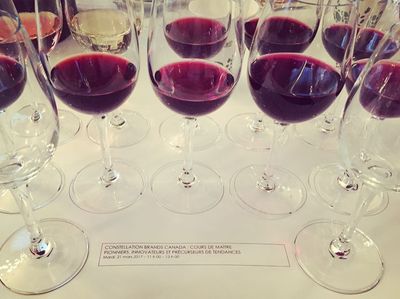 Masterclass event where teh 1996 Mondavi Reserve was poured

Here are my thoughts on the wine:

Garnet color with a touch of bricking on the rim. Nose that flows to Bordeaux while being typical of aged Napa Cabernet wines with lots of elegance. Aromas and flavors of berries, earth, mushrooms, fine spices and tobacco. Long lasting finish with just a little bitterness to it that matches the finesse of the wine. This was so good! Superb (93)

Thanks to Constellation Brands for the intive to this event where this spectacular wine was poured!  cbrands.com 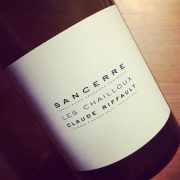 Light and bright gold color. Deep nose of lemon, peaches, crushed rocks and a pretty saltiness. On the palate there is that round and almost fat mouthfeel, there is also acidity, salty and sea shell notes, then lemon, lime and peach flavors. Might feel a little rich, but this is so elegant with a long lasting finish that it can just be good! Excellent (91)

Made of sauvignon blanc from 13 to 40 years old vines. Aged in oak barrels for less than a year. Alcohol level of 13%

Got this wine through private import, but some of his wines are now available in SAQ stores. 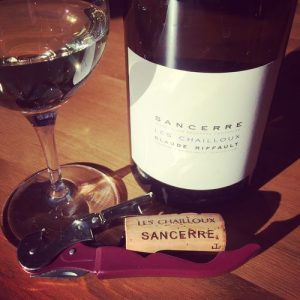 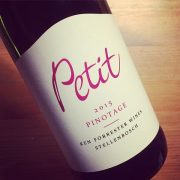 Made of Pinotage. Aged in tanks. Alcohol level of 14% 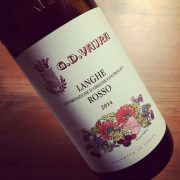 Medium ruby color. Nose of flowers, red berries, earth, then sweet spices. You can also feel freshness and a light bitterness coming out of the aromas. Same profile on the palate with a good acidity level, a fine and enjoyable bitterness on the finish, but the fruit is so chewy and tasty and makes this wine highly drinkable. I found it better at bottle opening as it was more crisp after some time. Enjoy it now of after a short cellaring time. Very good (89) 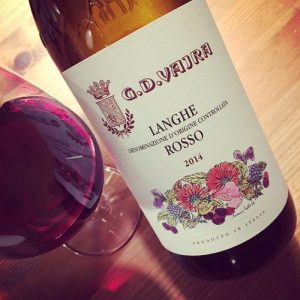 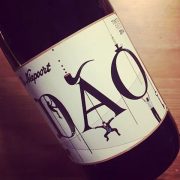 Made of Touriga Nacional, Jaen and Alfrocheiro. Aged 20 months in concrete tanks. Alcohol level of 12,5% 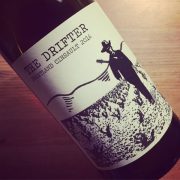 Light garnet color. Earthy nose, slighytly meaty but very bright with red berry notes blended with spices. Lots of red berry flavors on the palate with some animal notes and a spicy kick on the finish. Good+ (88)

Made of cinsault. Natural winemaking. Alcohol level of 13%

They are represented in Québec by Symbiose: symbiose-vins.com 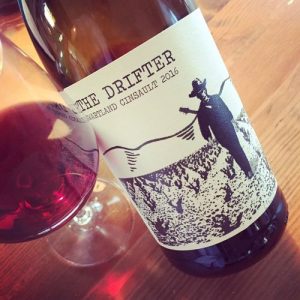